Fraser's dolphins are found in deep, tropical waters worldwide. They are active swimmers and are usually found in groups of 10 to 100 individuals, but they sometimes travel in groups of up to 1,000.

Francis Fraser, a scientist from the British Museum, first described this species in 1956 based on a skull found on a beach in Borneo. It was not until 1971, however, that scientists first documented Fraser’s dolphins in the wild.

Fraser’s dolphins, like all marine mammals, are protected under the Marine Mammal Protection Act (MMPA). NOAA Fisheries and its partners are working to conserve Fraser’s dolphins and further our understanding of this species through research and conservation activities.

While the worldwide population of Fraser's dolphins is unknown, scientists estimate that at least 100,000 to 289,000 Fraser’s dolphins live in the eastern tropical Pacific Ocean.

To manage Fraser's dolphins in U.S. waters, we have divided them into three stocks:

Fraser’s dolphins have a stocky body with a small, distinct rostrum. Their dorsal fin—located midway down their back—is small and triangular. Their flippers and flukes are smaller than those of other dolphin species. Males are slightly longer and heavier than females, with a more distinct color pattern.

All Fraser's dolphins have a dark stripe that extends down their side from eye to pectoral flipper. The exact shape of the stripe varies based on geography and sex, with males tending to have a thicker, darker stripe than females. Their upper body is bluish or brownish-gray, while their underside is usually pale white or pink. Calves are usually less colorful than adults.

Fraser's dolphins are usually found in large, tight groups of 10 to 100 individuals, but they have sometimes been seen in groups of up to 1,000 individuals. Groups of individuals sometimes swim in long "chorus line” formations. They are also sometimes seen in mixed groups with other cetacean species such as false killer whales, melon-headed whales, Risso's dolphins, and short-finned pilot whales.

Fraser's dolphins in some parts of the world are shy and hard to find, making observations of this species rare. In other areas, this species may be less cryptic and may be curious around vessels.

Fraser's dolphins can dive up to 2,000 feet to feed on deep-sea fish, crustaceans (such as shrimp), and cephalopods (such as squid and octopus). They have 20 to 44 pairs of small, cone-shaped teeth to help them catch prey. Dolphins do not use their teeth to chew their prey, instead once the prey are caught, they are swallowed whole.

Fraser's dolphins are found in warm, temperate, subtropical, and tropical waters around the world. They prefer to live in areas with deep waters (3,300 feet deep) and are often found in areas of upwelling (where cold, nutrient-rich water rises toward the surface). They also live near coastlines or where the continental shelf (the edge of a continent below the ocean’s surface) is narrow, usually in locations with mountainous coasts.

Stranded Fraser's dolphins have sometimes been reported in places outside of their typical range, such as southern Australia, France, western Scotland, and Uruguay.

Fraser’s dolphins live about 18 years and become sexually mature when they are 5 to 10 years old (females at 5 to 8 years, males at 7 to 10 years). Gestation lasts for about 10 to 12.5 months and females give birth to a single calf every 2 years, usually between spring and autumn.

One of the main threats to Fraser’s dolphins is getting caught in fishing gear. This species can become entangled or captured in commercial fishing gear, such as gillnets, seines, trawls, trap pots, and longlines. Specifically, they have been caught in tuna purse seine fisheries in the eastern tropical Pacific and the Philippines. These interactions can injure Fraser's dolphins or kill them by entanglement in the gear.

Fisheries in Indonesia, Japan, the Lesser Antilles, the Philippines, and Sri Lanka hunt and kill Fraser’s dolphins for meat and oil.

NOAA Fisheries is committed to the protection of Fraser’s dolphins. Targeted management actions taken to secure protections for these whales include:

Our research projects have discovered new aspects of Fraser’s dolphin biology, behavior, and ecology and help us better understand the challenges that all Fraser’s dolphins face. Our work includes: Fraser’s dolphins, like all marine mammals, are protected under the Marine Mammal Protection Act. In the United States, NOAA Fisheries works to protect all stocks of Fraser’s dolphins. 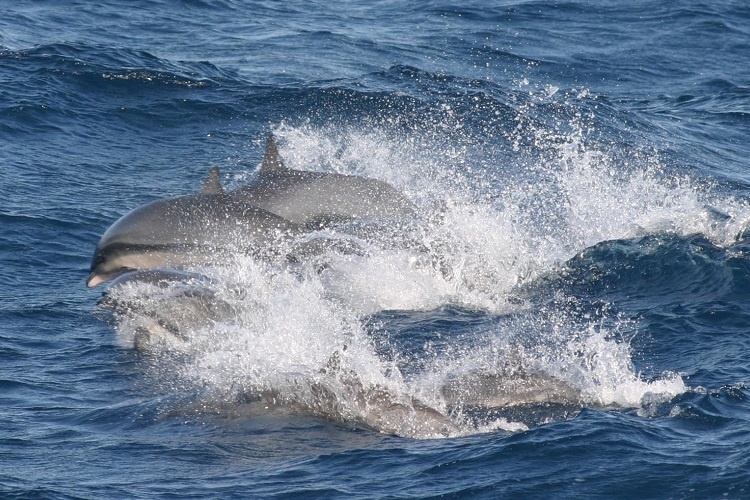 Underwater noise threatens Fraser's dolphin populations, interrupting their normal behavior and driving them away from areas important to their survival. Increasing evidence suggests that exposure to intense underwater sound in some settings may cause this species to strand and ultimately die. NOAA Fisheries is investigating all aspects of acoustic communication and hearing in marine animals, as well as the effects of sound on whale behavior and hearing. In 2016, we issued technical guidance for assessing the effects of anthropogenic (human-caused) sound on marine mammals’ hearing.

NOAA Fisheries aims to increase public awareness and support for Fraser’s dolphin conservation through education, outreach, and public participation. We share information with the public about the status of Fraser’s dolphins, as well as our research and efforts to promote their recovery.

Fraser’s dolphins, like all marine mammals, are protected in the United States under the MMPA.

NOAA Fisheries conducts various research activities on the biology, behavior, and ecology of Fraser’s dolphins. The results of this research are used to inform management decisions for this species. 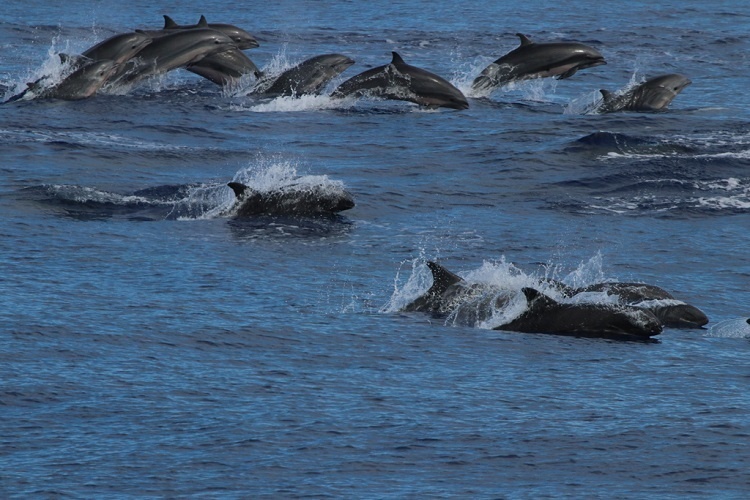 Scientists observe Fraser’s dolphins to record their numbers and distribution. By comparing numbers collected over multiple years, scientists can look for trends—i.e., whether the population is increasing, decreasing, or remaining stable during a given period.