Almost every state in the United States now experiences some kind of harmful algal bloom event. Researchers at the Virginia Institute of Marine Science study the physical and biological factors that are thought to cause these HABs. The sample bottle came back from the river, over the gunwale, and into the boat. The water sample was a dark reddish-brown, like strong, steeped tea that you are unable to see through. Literally tens of thousands of algal cells made up every drop of the water sample. Back at the laboratory, scientists at the Virginia Institute of Marine Science (VIMS) will analyze the sample to determine the type and density of algal species in the water. The samples, taken from the York River in the Southern Chesapeake Bay allow scientists to study harmful algal blooms, also called HABs. According to NOAA’s National Centers for Coastal and Ocean Science, almost every state in the nation now experiences some kind of HAB event. The number of hypoxic water bodies in the United States has increased 30 fold since the 1960s, with more than 300 coastal systems now impacted.

HABs are a growing concern worldwide, occurring in the Gulf of Mexico and surprising places such as the Alaskan Arctic. Globally warming water temperatures, a result of our changing climate, is one reason blooms are occurring more frequently and over a global scale.

In the York River, Virginia, the blooms are now occurring earlier and lasting longer into the summer months. Although occasional blooms were reported back in the 1960s, they began appearing much more frequently around 2007. Unfortunately, harmful algal blooms have now become the new normal for the York River. Another reason we are seeing more blooms is because excess nutrients, like nitrogen and phosphorus, are washing off lawns and farm fields when people over-apply fertilizers. These extra nutrients end up in rivers and act like vitamins for the rapidly growing and reproducing algae cells. When conditions are favorable (i.e. warm water and nutrients), blooms can cover many square miles of open water. This makes it difficult or impossible for animals such as oysters, crabs, and fish to leave the area to avoid its effects.

The situation can turn even more deadly when the bloom “crashes” or ends, and thousands of algal cells die all at once. The process of bacteria decomposing or breaking down the algae cells, just as fungi will eventually break down a dead tree, uses up a lot of oxygen. This can lead to low-oxygen “dead zones.” Fish and other aquatic animals can’t survive in these oxygen-depleted areas.

Impact of Harmful Algal Blooms on Marine Resources and Humans

HABs can also produce harmful effects on recreational and commercially important fish and shellfish, as well as underwater grasses. This year the late summer bloom in the York River consisted of mostly a single kind of algae, Margalefidinium polykrikoides, more simply called “Marg.” Though there isn’t a specific toxin associated with Marg, it has been associated with fish kills both in the laboratory and the open water. Commercial shellfish growers in the lower York River have previously reported some of their oysters dying during severe, long-lasting bloom events. HABs can also kill tiny zooplankton such as larval oysters and copepods.

In previous years more than one species of dinoflagellate have bloomed. The most common dinoflagellates in the southern Chesapeake Bay include Alexandrium triquetra (aka “Alex”), Chattonella subsalsa, and Cochlodinium polykrikoides. Those less commonly found include species of Dinophysis, Heterocapsa triquetra, Karlodinium veneficum, and Prorocentrum minimum. Dinoflagellates are known to produce some of the most potent bio- and neurotoxins, which can accumulate in the tissues of fish and shellfish. When humans eat tainted seafood they can become seriously ill from paralytic, neurotoxic, and diarrheic shellfish poisoning and ciguatera.

In 1998, Congress recognized the damage caused by HABs and passed the Harmful Algal Bloom and Hypoxia Research and Control Act. It authorized federal funding for research, education, and management related to the prevention, reduction, and control of HABs.

Drs. Kim Reece, Wolfgang Vogelbein, and other researchers at VIMS spend their summers studying the physical and biological factors that are thought to cause these HABs. They admit there are many unknowns, such as what drives these blooms. However, it appears to be a specific salinity and temperature range along with the presence of nutrients (nitrogen and phosphorus) that are necessary for the blooms to form. They also study the harmful effects these microscopic algae can have on water quality, by creating low oxygen dead zones. HABs also affect the greater aquatic community by clogging fish gills, abrading tissues, and blocking out sunlight from underwater grasses. Some HABs can even affect human health, causing respiratory problems, skin irritation, and other illnesses.

An important side of research is the development of genetic and molecular techniques to quickly and accurately identify which algae species are contained in water samples. Researchers deploy many innovative tools to observe and monitor blooms in real-time. The use of drones to capture aerial photographs helps researchers to estimate the location and extent of a bloom. An automatic underwater camera known as an Imaging FlowCytobot captures high-resolution images including algal cells. The machine can even be “trained” to identify different algal species so that researchers are provided a real-time stream of data.

Why Understanding the Causes of Harmful Algal Blooms Matters

HABs are very likely to continue when the conditions are right. Scientists are looking for ways to better understand the effects these algae can have on aquatic and human health. By understanding what triggers a bloom, they can better predict where and when they will occur. It also helps them better plan actions to take in advance to help protect the sensitive life stages of commercially cultured animals, including fish and shellfish. Likewise, a better understanding of the environmental conditions necessary for toxins being produced will provide shellfish growers and local health departments with important information necessary to protect both animal and human health. 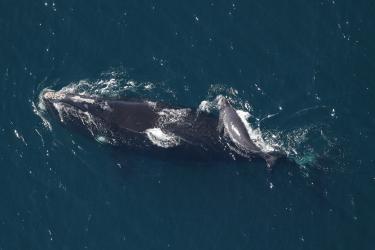 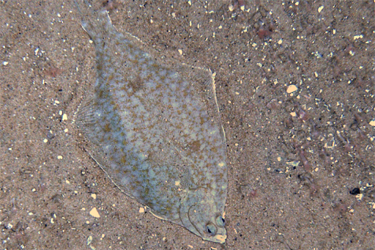 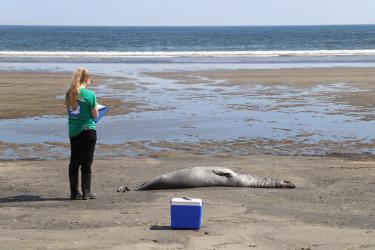 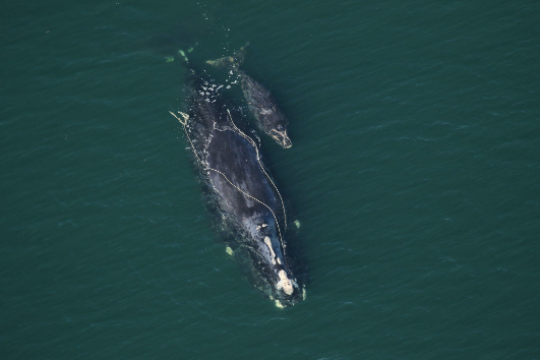 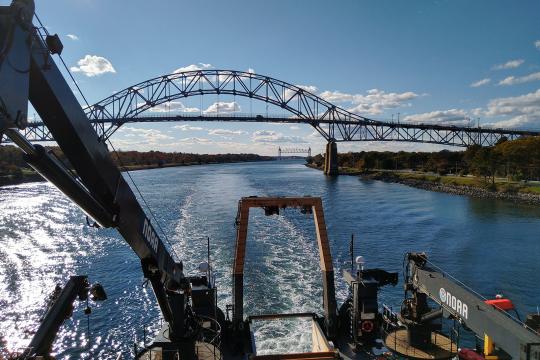 View over the stern of the NOAA Ship Henry B. Bigelow, exiting the Cape Cod Canal headed east toward Provincetown, Mass. at the beginning of Leg 3 of the 2021 Northeast Fisheries Science Center fall bottom trawl survey. The two bridges spanning the canal are used by trains (background) and vehicle traffic (foreground). Credit: NOAA Fisheries/Katelyn Depot.
Podcast

Evolving Science and Surveys in the Birthplace of NOAA Fisheries 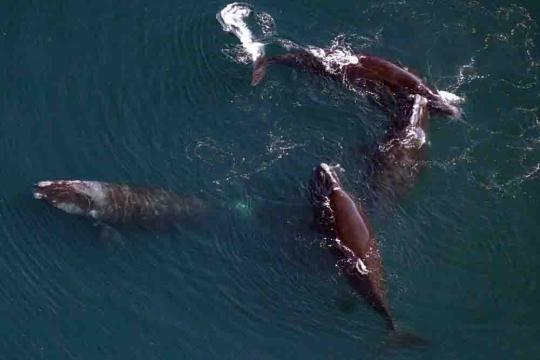