Industry stakeholders offer unique perspectives on the benefits of a NOAA developed oyster probiotic OY15 and the impact it could have on oyster hatcheries worldwide.

The freeze-dried formulation of OY15. Courtesy of Rose Leeger.

Ask any shellfish producer about their biggest fear in operating a successful hatchery and it’s likely that their response will be hatchery collapse from disease. Due to the small size and filter feeding nature of oysters, degraded water quality and introduction of disease can be disastrous for oyster production. Vibrio diseases largely affect larval and juvenile stages of oysters, which also happen to be the most vulnerable life stage of the shellfish. However, thanks to the research conducted at the NOAA Fisheries Milford Laboratory, a groundbreaking probiotic food supplement in development could give oyster hatchery farmers an advantage against disease.

NOAA Fisheries researchers Diane Kapareiko and Gary Wikfors began extracting probiotic candidates from the gut of Eastern oysters in 2011. This process led to the identification of OY15, a benign strain of Vibrio alginolyticus. Over the next decade, collaborations with research labs and universities paved the way for development of this probiotic as a boost for oyster hatcheries to fight disease.

Unlike antibiotics which destroy bacteria, probiotics are helpful bacteria that improve oysters’ gut health and stimulate the immune system to fight off disease. When administered at the larval stage, oyster survival has been shown to improve by 20–35 percent, even when deliberately infected with disease-causing bacteria. After researching and refining the probiotic benefits, staff from the Milford Lab expanded the research trial to include the oyster industry.

After networking connections made through Kevin Madley, a NOAA Fisheries' Aquaculture Coordinator, a public-private partnership formed with Prospective Research. Through this partnership, commercialization of OY15 is primed for the near future and hatchery trials are underway around the world. We interviewed two stakeholders: Iarfhlaith Connellan, an Irish hatchery owner and farmer for more than 20 years, and Dakota Hamill, the owner of Prospective Research, a private aquaculture biotechnology company in Massachusetts. They discussed their aspirations and the potential uses of this NOAA-developed probiotic.

How were you connected to the Milford Lab and their oyster probiotic work?

Vibrio has been an ongoing challenge in my hatchery for a while now. Dakota actually reached out to me when he was out in this part of the peninsula when he was partaking in the HATCH aquaculture program. He mentioned that the Milford Lab had isolated the probiotic and showed me pictures of some slides. He was really keen on commercializing the product soon, and I said I’d be happy to do some trials with my hatchery. About 15 years ago the European Union banned the use of antibiotics with shellfish, so I was interested in alternative methods to help my hatchery grow.

What kinds of success have you seen while using this product?

I’ve done my trial in a small-scale setting and saw faster growth and higher survival overall in my oyster larvae. June is usually a problematic period with growth, but we still saw high levels then, and it stretched the time of production as well. I’m very impressed with what was done at Milford and Diane’s work. I’d love to scale up the next trial and see how it works with a larger batch of oyster larvae. Repeating the experiment is important since we can never recreate the exact same conditions. In my trial, I ran controls and saw that the tanks with the probiotic additive were far superior.

What are your hopes and future goals for using shellfish probiotics in your hatchery?

I would be delighted to use it for every occasion! It’s a huge advantage to hatchery farmers since it not only enhances survival, but growth as well. You’d be crazy not to. I really liked Diane and Gary’s openness; they weren’t holding back on anything and are proud of what they produced and want to share it with the world. My hatchery showed the symbolic relation between research and real-world applications—it’s now not just something done in a beaker, there’s real world effects seen. I’m excited to continue to work with the Milford Lab and tell the other hatcheries in the area once it’s ready for commercialization.

How did you get connected with the Milford Lab and their oyster probiotic work?

Our company’s core competency has always been bioprospecting; looking for microbes in nature that can address a wide range of issues in aquaculture. After participating in the HATCH aquaculture accelerator, we saw that probiotics were one of the main tools the aquaculture industry utilized to address issues of disease, water quality, and growth promotion. The shellfish industry in particular, which is big in Massachusetts where we are based, seemed underserved when it came to probiotic offerings. We got in contact with Robert Rheault from the East Coast Shellfish Growers Association, which eventually lead us to Diane and Gary. We had a few meetings with them, visited the Milford lab, saw how much research was behind OY-15, and saw it as a great potential opportunity to address a niche market.

What are the steps in order to commercialize OY15?

We’ve been in the research and development stage for over a year with our portfolio of aquaculture probiotics, and are shifting to commercialization for OY-15 this fall and winter for the upcoming spring season. We’re still working on the best delivery options to address the fact that different hatcheries will have different tank sizes. We’d really welcome people to reach out and connect with us so we can start understanding customer’s needs in regards to their unique hatchery setups.

What are the benefits you foresee of this product for the oyster aquaculture community?

Since this helps increase larvae survival, overall more seeds are going into the ocean. Without a doubt, we’d love for this to be used internationally. It would be awesome to see this help with Ireland’s native oyster population.

Farmers and hatchery managers looking to get involved in trials or wanting to explore the project can contact info@prospectiveresearch.com.

Last updated by Office of Aquaculture on August 19, 2021 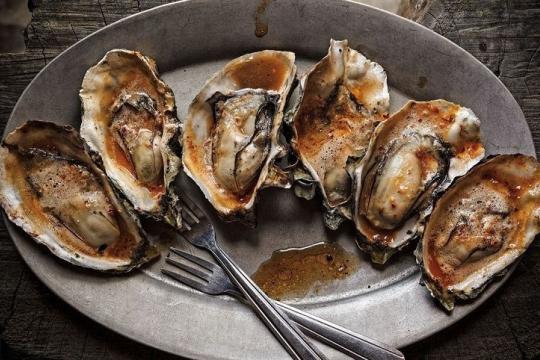 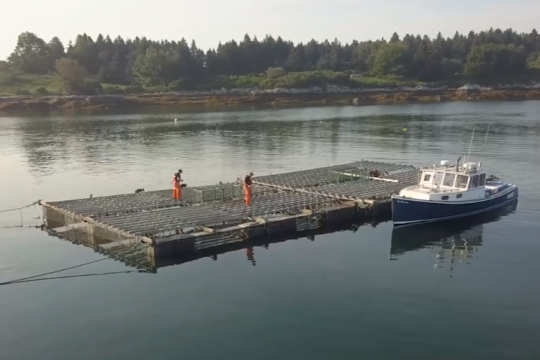