Guadalupe fur seals are members of the “eared seal” family, Otariidae. Their breeding grounds are almost entirely on Guadalupe Island, off the Pacific coast of Mexico, with recent re-colonization of the islands comprising the San Benito Archipelago.  A small number of Guadalupe fur seals have also been reported on the northern Channel Islands off California.

NOAA Fisheries and its partners (including researchers and conservation managers in Mexico) are dedicated to conserving and promoting the recovery of the Guadalupe fur seal population. Researchers use innovative techniques to study and protect this species. For example, they use satellite telemetry to assess movement patterns and foraging activities, interactions between Guadalupe fur seals and fisheries, and their vulnerability to oil spills. This work helps reduce harm from human activities (e.g., fishing) through management based on sound science, public input, and outreach and education.

Guadalupe fur seals' breeding season extends from May through August. Adult males return to the colonies during early June. They set up territories that they defend through aggression and vocalizations when challenged or threatened by other males. Breeding Guadalupe males are polygamous and may mate with and average of 16  females during a single breeding season. Adult females arrive at the colonies in late May, giving birth a few days later. Pups are born from early June through early July, with a peak in late June. An adult female will mate about a week after giving birth to her pup. Weaning occurs around 9 months.

Guadalupe fur seals are generally solitary, are thought to be non-social animals when at sea. They primarily feed at night on coastal and pelagic squid, and small pelagic fish (e.g., mackerel,sardine, and lanternfish) by diving to average depths of 65 feet with maximum depths of about 250 feet. They rest in water with their heads submerged and hind-flippers sticking out.

Guadalupe fur seals live in the waters off southern California and the Pacific coast of Mexico. During the breeding season, they are found in coastal rocky habitats and caves. Little is known about their whereabouts during the non-breeding season.

Guadalupe fur seals generally do not migrate, although they have been documented traveling great distances from their breeding grounds. Their breeding grounds are almost entirely on Guadalupe Island, Mexico, although there are small populations off Baja California on San Benito Archipelago and off southern California at San Miguel Island. It is the only species of the Arctocephalus genus that occurs north of the equator.

Guadalupe fur seals are not common along the West Coast of the United States, but immature animals commonly strand on beaches as far north as Washington State. Over the last several years, a few pups have been born on San Miguel Island in the Channel Islands off southern California.

Guadalupe fur seals' breeding season extends from May through August. Adult males return to the colonies during early June. They set up territories that they defend through aggression and vocalizations when challenged or threatened by other males. Breeding Guadalupe males are polygamous and may mate with up to 12 females during a single breeding season. Adult females arrive at the colonies in late May, giving birth a few days later. Pups are born from early June through early July, with a peak in late June. An adult female will mate about a week after giving birth to her pup. Weaning occurs around 9 months.

We have very limited data on the incidental bycatch of Guadalupe fur seals in fishing gear, although some pups and juvenile seals have been documented as entangled, through strandings or fisheries observations. If a fur seal becomes entangled in fishing gear, the animal risks either swimming off with the gear attached or becoming anchored. Once entangled, Guadalupe fur seals may drag and swim with gear attached for long distances, ultimately resulting in fatigue, compromised feeding ability, or severe injury, which may lead to reduced reproductive success and death.

Guadalupe fur seals may be affected by military activities off the U.S. west coast, including readiness training for personnel and their associated fleets and battalions, and construction and maintenance of land-based and island-based facilities. Some of the military training exercises include the use of mid-frequency active sonar for submarine detection, placement and detection of small explosives in coastal waters, open-ocean target practice using high powered guns, ship-shock tests, and other more small-scale exercises. These types of activities can cause temporary or permanent hearing damage or physical injury to Guadalupe fur seals through increased ocean noise and vessel strikes.

Fur seals rely on their thick layer of fur to insulate their bodies from the cold marine environment. Oil spills pose a threat to this species by affecting the ability of their fur to keep them warm. Guadalupe fur seals rarely strand in southern California, and only recently have we received reports of stranded yearlings, with most of them emaciated or dead. Based on a review of our stranding reports over the last 30 years, there have been no reports of Guadalupe fur seals that have ingested oil or have an oiled pelage.

Noise associated with coastal development (e.g., pile driving, dredging, and vessels transporting personnel) could disturb Guadalupe fur seals and cause them to avoid areas temporarily, and may even cause temporary or permanent hearing loss.

NOAA Fisheries is committed to the protection and recovery of Guadalupe fur seals. Our management work includes:

Our research projects have discovered new aspects of Guadalupe fur seal biology, behavior, and ecology and helped us better understand the challenges that all fur seals face. This research is especially important in recovery of threatened populations. Our work includes: The Guadalupe fur seal was listed as threatened throughout its range in December 1985, under the Endangered Species Act of 1973. It is also protected under the Marine Mammal Protection Act of 1972, as amended, which also designates the species as strategic and depleted, due to their listing as threatened under the ESA. In 1928, the government of Mexico declared Guadalupe Island a pinniped sanctuary and in 1967 banned the hunting of Guadalupe fur seals. 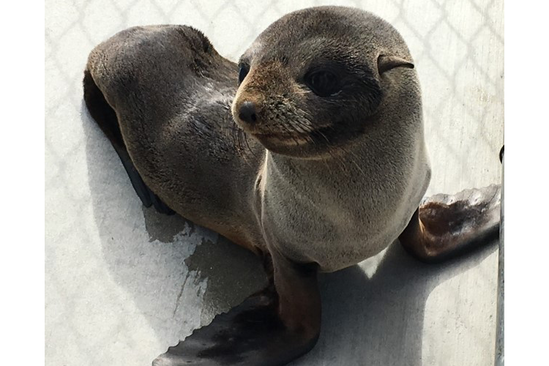 e work with volunteer networks in all coastal states to respond to marine mammal strandings including all pinnipeds. When stranded animals are found alive, NOAA Fisheries and our partners assess the animal’s health and determine the best course of action. When stranded animals are found dead, our scientists work to understand and investigate the cause of death. Although the cause often remains unknown, scientists can sometimes attribute strandings to disease, harmful algal blooms, vessel strikes, fishing gear entanglements, pollution exposure, and underwater noise. Some strandings can serve as indicators of ocean health, giving insight into larger environmental issues that may also have implications for human health and welfare.

Guadalupe fur seals can become incidentally entangled in fishing gear, which may cause injury and possibly death. NOAA Fisheries is working to better understand and characterize the frequency, geographic extent, and magnitude of these interactions. We are also working with scientists to research potential solutions to safely and effectively reduce these interactions.

NOAA Fisheries aims to increase public awareness and support for Guadalupe fur seal conservation through education, outreach, and public participation. We regularly share information with the public about the status of fur seals, as well as our research and efforts to promote their recovery.

The Guadalupe fur seal was listed as threatened throughout its range in December 1985, under the Endangered Species Act of 1973; it is also protected under the Marine Mammal Protection Act of 1972, as amended.

In 1975, the government of Mexico declared Guadalupe Island a pinniped sanctuary.

The National Marine Fisheries Service (NMFS) has determined that the Guadalupe fur seal (Actocephalus townsendi) should be listed as a threatened species according to the Endangered Species Act of 1973 (ESA). This determination is based on information…
Final Rule
,
West Coast

NOAA Fisheries has received a request from the U.S. Navy (Navy) for authorization to take marine mammals incidental to training and testing activities conducted in the Northwest Training and Testing (NWTT) Study Area for a period of seven years.
Final Rule
,
West Coast

NOAA Fisheries researches the biology, behavior, and ecology of the Guadalupe fur seal. We use the results to inform management decisions and recovery efforts for this threatened species. 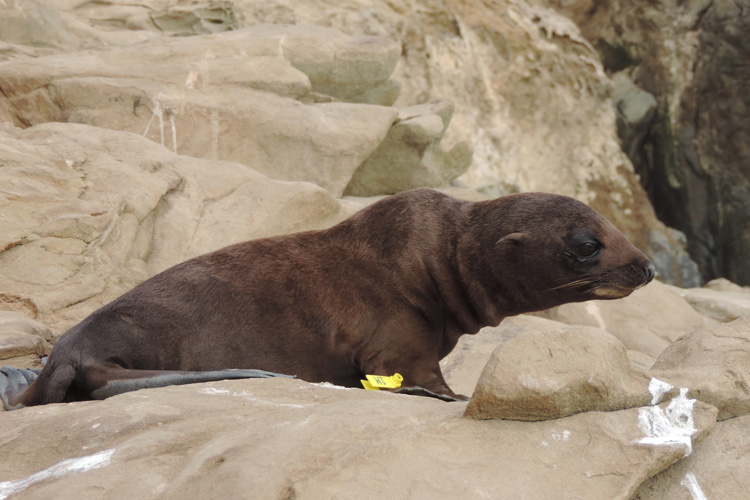 Determining the number of Guadalupe fur seals in their population—and whether a stock is increasing or declining over time—helps resource managers assess the success of conservation measures. Our scientists collect information and present these data in annual stock assessment reports.