Dall's porpoises are common in the North Pacific Ocean and can be found off the U.S. West Coast from California to the Bering Sea in Alaska. These porpoises are considered the fastest swimmers among small cetaceans, reaching speeds of 34 miles per hour over short distances. They are named for W.H. Dall, an American naturalist who collected the first specimen of this species.

A special characteristic of Dall’s porpoises is their distinctive color pattern: a black body with a conspicuous white lateral patch on the left, right, and underside. They are often mistaken for baby killer whales, but unlike killer whales, their dorsal fins are triangle-shaped and they do not have eye patches or saddle patches.

Dall’s porpoises, like all marine mammals, are protected under the Marine Mammal Protection Act.

For management purposes, Dall's porpoises inhabiting U.S. waters have been divided into the Alaska stock and the California/Oregon/Washington stock. There are insufficient data available on current population trends for both stocks, but Dall's porpoises are considered reasonably abundant.

Review the most recent stock assessment reports with population estimates

Two distinct subspecies are currently recognized within the species based on distinguishable color patterns: P. d. truei and P. d. dalli. The truei-type is abundant only in waters around the Kuril Islands and off the Pacific coast of northern Japan, while the dalli-type ranges across the northern North Pacific—from northern Japan to the Bering Sea and into California. Other variable and hybrid types (with harbor porpoises) are also relatively common.

Dall's porpoises have a relatively small, triangular head with little or no beak and a thick, robust body. Their flippers are small, round, and located near the front of the body. The triangular dorsal fin is positioned in the middle of the back, and often angles forward. The tail stock and keel (where the caudal fin attaches to the body) are exaggerated and create a pronounced hump, which is large compared to other marine mammals. Adult males have a thicker tail stock and forward-projecting dorsal fin.

Their coloration is very dark gray or black with contrasting white markings on the dorsal fin and tail that distinguish Dall’s porpoises from other cetaceans. All-black (melanistic) and all-white (albino) forms also exist but are considered rare. Markings and colorations vary by geographic location and life stage, with adults having more distinct colorations. Adults also have a chunkier and more robust body than juveniles.

Dall’s porpoises can dive up to 1,640 feet to feed on small schooling fish (e.g., anchovies, herring, and hake), mid- and deep-water fish (e.g., lanternfish and smelts), cephalopods (e.g., squid and octopus), and occasionally crustaceans (e.g., crabs and shrimp). Feeding usually occurs at night when their prey migrates up toward the surface. They have 38 to 56 very small, spade-shaped teeth (about the size of a piece of grain or rice) on each jaw that are useful for grasping.

Dall’s porpoises are usually found in groups averaging between two and 12 individuals, but they have been occasionally seen in larger, loosely associated groups in the hundreds or even thousands of animals. Groups may be fluid as they form and break-up to feed and play. They are known to associate with Pacific white-sided dolphins and short-finned pilot whales but have also been seen swimming alongside large whales. As rapid, social swimmers, Dall’s porpoises are also attracted to fast moving vessels and commonly bowride beside ships. They briskly surface while swimming, creating a "rooster tail" of water spray that is a unique characteristic of the species.

Dall’s porpoises prefer temperate to boreal (northern, cold) waters that are more than 600 feet deep and with temperatures between 36° Fahrenheit and 63° Fahrenheit. They can be found in offshore, inshore, and nearshore oceanic waters, between 30° North and 62° North. Dall's porpoises occur throughout the coastal and pelagic waters of the North Pacific Ocean. This species is commonly found in the Gulf of Alaska, Bering Sea, Okhotsk Sea, and Sea of Japan. In the eastern North Pacific Ocean, they can be found from around the U.S./Mexico border (Baja California, 32° North) to the Bering Sea, in the central North Pacific Ocean (above 41° North), and in the western North Pacific from central Japan (35° North) to the Okhotsk Sea. In the Bering Sea, Dall’s porpoises occur in higher abundance near the shelf break. They are commonly seen in inshore waters of Washington, British Columbia, and Alaska. Migration patterns (inshore/offshore and north/south) are based on morphology/type, geography, and seasonality. Dall's porpoises become sexually mature at 3.5 to 8 years of age and give birth to a single calf after a gestation period of 10 to 12 months, usually between June and September. The calves are generally 3.3 feet long and are nursed by their mother for less than one year. These cetaceans can live up to 22 years, but their lifespan is generally 15 to 20 years.

Hybrids between Dall's porpoises and harbor porpoises are also fairly common in the northeast Pacific ocean but can also occur elsewhere.

One of the main threats to Dall’s porpoises is becoming entangled or captured in commercial fishing gear such as drift nets, gillnets, and trawls. This occurs in fisheries targeting groundfish, salmon, and squid in Canadian, Russian, Japanese, Alaskan, and other U.S. waters. Once entangled, porpoises can become anchored or may swim off with the gear attached for long distances, ultimately resulting in fatigue, compromised feeding ability, or severe injury, which may lead to reduced reproductive success and death.

Contaminants enter ocean waters and sediments from many sources—such as wastewater treatment plants, sewer outfalls, and pesticide application—and move through the food chain. Pollutants and various contaminants in the marine environment have been found in the blubber of Dall's porpoises. These pollutants can harm their immune and reproductive systems.

Underwater noise pollution interrupts the normal behavior of Dall’s porpoises and interferes with their communication.

Our research projects have discovered new aspects of Dall’s porpoise biology, behavior, and ecology and help us better understand the challenges that all Dall’s porpoises face. This research is especially important in maintaining stable populations. Our work includes:

Do Not Interact With Marine Animals in the Wild

Do not engage, chase, or try to get a reaction from the animal. Disturbing wildlife interrupts their ability to perform critical functions such as feeding, breeding, nursing, resting, and socializing.

If you’re on a vessel and a marine animal approaches you, put the engine in neutral and allow the animal to continue on its way. 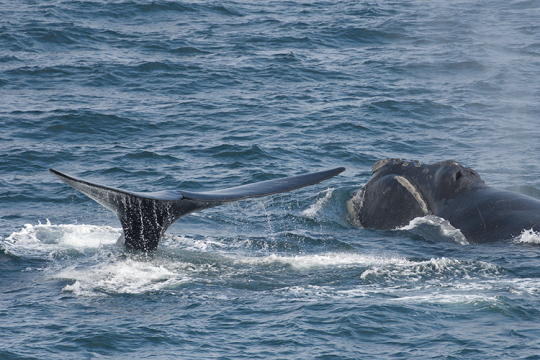 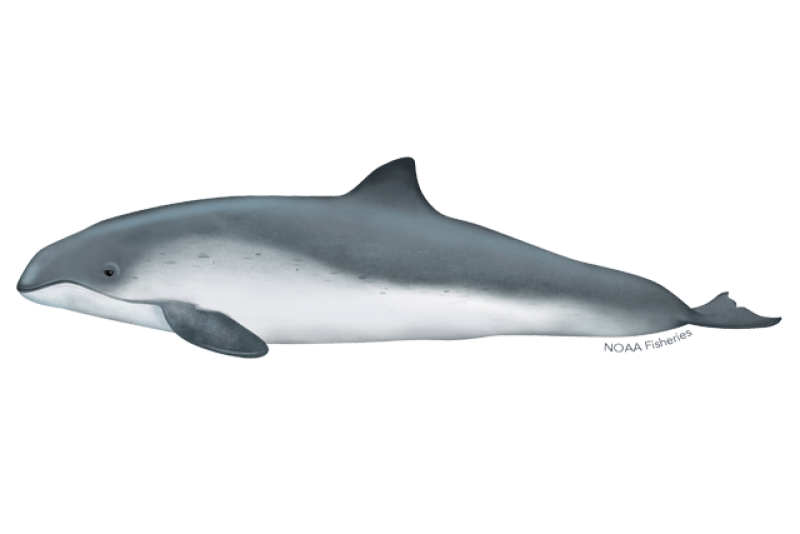 Like all marine mammals, the harbor porpoise is protected under the Marine Mammal Protection Act. NOAA Fisheries is working to conserve this species in many ways, with the goal that its population will remain stable. 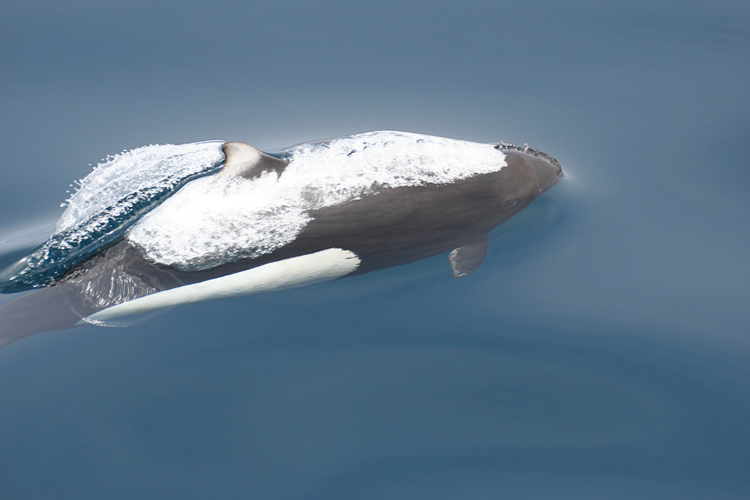 Sound pollution threatens Dall’s porpoise populations by interrupting their normal behavior and driving them away from areas important to their survival. Increasing evidence suggests that exposure to intense underwater sound in some settings may cause some porpoises to strand and ultimately die.

NOAA Fisheries is investigating all aspects of acoustic communication and hearing in marine animals. In 2018, we updated our marine mammal acoustic technical guidance for assessing the effects of anthropogenic sound on marine mammal hearing.

Get an overview of marine mammal UME

NOAA Fisheries aims to increase public awareness and support for Dall’s porpoise conservation through education, outreach, and public participation. We regularly share information with the public about the status of Dall’s porpoises, as well as our research and efforts to maintain their populations.

This species is protected under the Marine Mammal Protection Act of 1972, as amended.

NOAA Fisheries has received a request from the National Oceanic and Atmospheric Administration (NOAA) for authorization to take marine mammals incidental to the NOAA Port Facility Project in Ketchikan, Alaska.
Notice
,
Alaska

NOAA Fisheries conducts various research activities on the biology, behavior, and ecology of the Dall’s porpoise. The results of this research are used to inform management decisions for this species.

Determining the number of Dall’s porpoises in each population—and whether a stock is increasing or decreasing over time—helps resource managers assess the success of enacted conservation measures. Our scientists collect information and present these data in annual stock assessment reports. 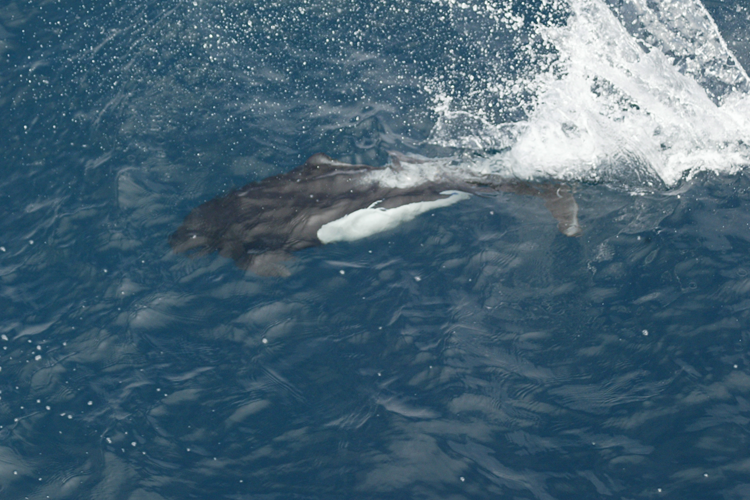